This article is very specific aimed towards painting/drawing!

For some reason, people have this idea that you either can draw or you cannot. This is one of the biggest lies people tell themselves. There's a lot of people who did not draw for most of their life but only began drawing when they got old. Do you feel that drawing would be something you would want to pursue but something is holding you back? Does something prevents you from giving it a shot? Does it feel like drawing is just too much work and that it is something that you will never be good at? Continue to read! In this article we're going to talk about this weird missconception and we are also going to look briefly on where and how to start drawing! 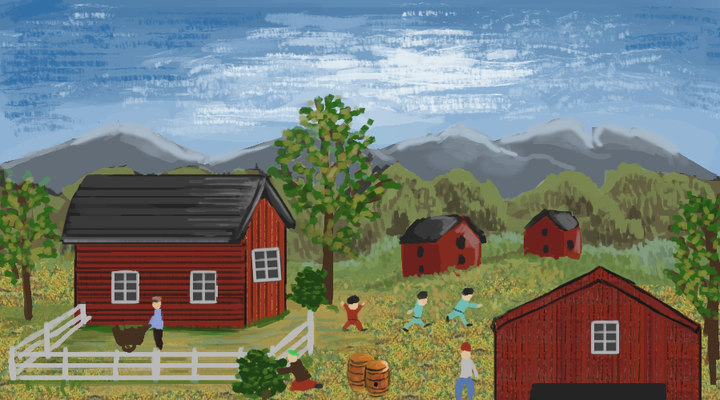 Isn't the picture above really pretty? It's an imitation of a picture, made by a lady who only started drawing when she was around 78 years old. Her name was Grandma Moses. Her original picture can be found here

Her being able to produce a picture of this quality is not a miracle. Being good at drawing/painting isn't something you're born with. There are many people who didn't pursue art until they were at an age you could consider "old".

It is never too late to begin

Why is it that people have this idea that drawing is a talent and not something everyone is able to do? There could be many reasons as to why. First thing first; they haven't seen the artist's earlier creations, they haven't seen the artist struggle or their development, they only see now and what is being presented today. All the years of work isn't visible. It's easy to assume things when you don't know the full picture. I think one of the main reasons as to why people don't think everyone can draw is that people want quick results. When they pick up a pencil and start sketching and it doesn't turn out the way they wanted they give up. Art is somehow just performance. They don't know that everyone who has ever made art was also bad in the beginning.

How do I start drawing?

There are thousands of different styles and areas when it comes to art. Where do you begin and how?

You begin learning the basics: circles and triangles. It may sound silly and cliché, but shapes do Help alot!! What you want to accomplish and get out of your art is up to you. Art is suppose to be fun. It should be satisfying to sit down, grab your pencil and create something on your own and it doesn't really matter what it is. The basics are just there to Help you when you begin!

My tips for those wanting to take the first step:

If you still feel sceptical or contemplating: Just try it! There is literally nothing you can lose from sketching and doodleing every now and then.
Don't let any excuses stop you. Don't let the fake conviction of talent stop you. These thoughts are not helpful to anyone, not even established artists. In all honesty, these thoughts and the conception of talent invalidates all the hard work artists puts behind. If all artists had that mindset, no one would be as "talented" as they are today.

Very interesting and thought-inspiring article! I even followed all the links to read about the late-in-life artists. 🙂 One day I will make time to try learning to draw.

Thank you. It makes me happy that you found this article inspiring. You should definitely try drawing if it is something you're interested in, it is very fun and for some people it can also be very therapeutic! :) 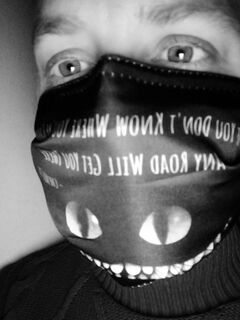 Agree, it is a very inspiring article. 👍

Thank you, I am happy you liked it! 😊