Learn how to draw animals!

Credit and a big thank you to Maleficum For helping me creating this tutorial!

Sometimes it can be quite tricky to draw animals. In this tutorial I'll walk you through the steps and what mindset to have. There are unfortunally too many animals in the world for us to cover in this single thread. Therefore, we'll specifically look at mammals. If you are interested in any speicific animal species, please comment below and I might realease a tutorial covering it in the future! :)

My first tip when it comes to drawing animals is - copy from a reference. The best way of learning how animals look is to look at them! The optimal way is using a real, living, breathing, animal - you will be able to observe it in all its angles. When copying an animal the importance is not in how pretty it looks, just sketch away! You are suppose to learn from it so the result doesn't matter. How does its nose look in that perpective or how does the face look in that angle? With a living 3D animal you have the best conditions. You have the ability to learn in depht.

Obviously, it's not strictly necessary to have a life animal - not everyone has a pet. If you want to draw an elephant or giraffe, it might be troublesome to find one. We'll look at how you can learn to draw from using knowledge and pictures.

It would be possible for me to post a simple tutorial with step by step pictures of using circles, triangles and squares drawing an animal in a certain pose. This might be helpful and fun but you won't be able to go far with it. If you want to be able to draw an entirely new animal from scratch, Anatomy is very important. To get the right proportions, how every joint bends, it's possible to create really realistic and "living" animals!

Since birds are so different, even among the same groups, they should propably be given a new thread dedicated to only them in the future. So for now, we skip birds.

As mentioned earlier, there are too many animals in this world so we're only going to focus on mammals for now. You can find many similarities among mammals. We are often built with the same parts but it differs in proportions and sizes. Below are some examples. 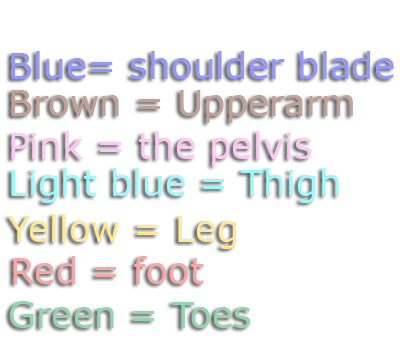 Human for comparison. We have a tailbone but no tail

Since animals have their shoulderblade further down along their sides, they do not have the same mobility as us humans. If you grab a dogs front leg and try to move it from the sides, the arms won't go far.

Dogs and cats do not use their whole foot when they walk. In reality they are walking on their toes/fingers

Horses takes the animal-foot thing a step further. They do not walk on their toes, they decided to walk on their nails. They only have one toe on each foot and one finger on each hand. 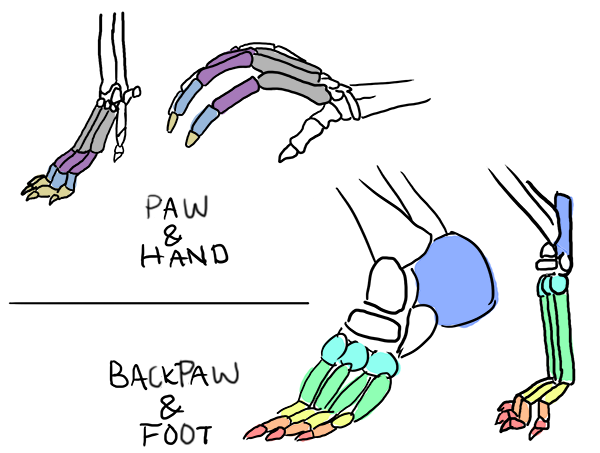 What's the point with skeletons?

You're here to draw, not to enroll a biology class. Why would you need any of this if you're just going to draw? It's actually really helpful to know how an animal is "built". You might use this knowledge to your advantage, you could simplify the skeleton to make the animals proportions right. Also knowing how the joints bends, you can position animals in realistic ways. 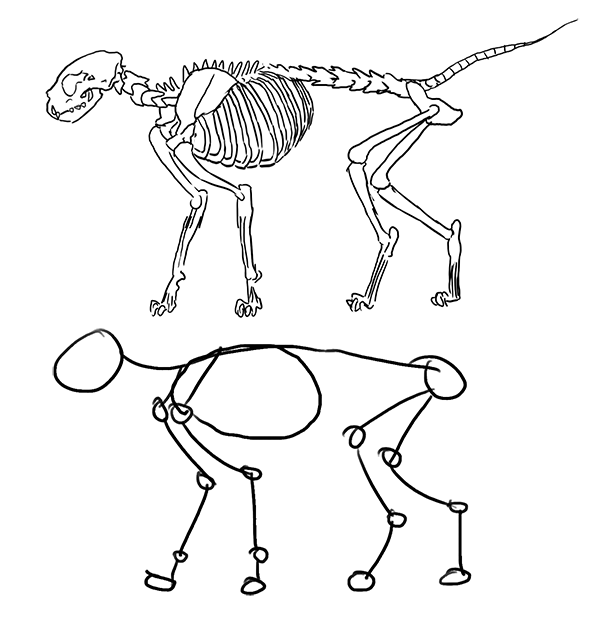 A cat-skeleton. This is a simplified version and you can use this as a Reference when you draw. 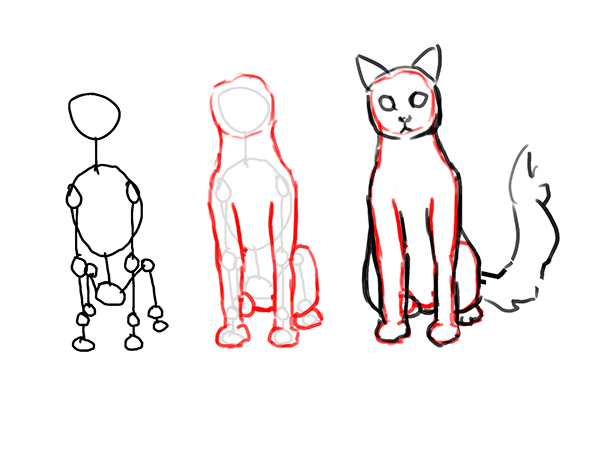 Here's an animation, step by step, of how you can use a simplified skeleton 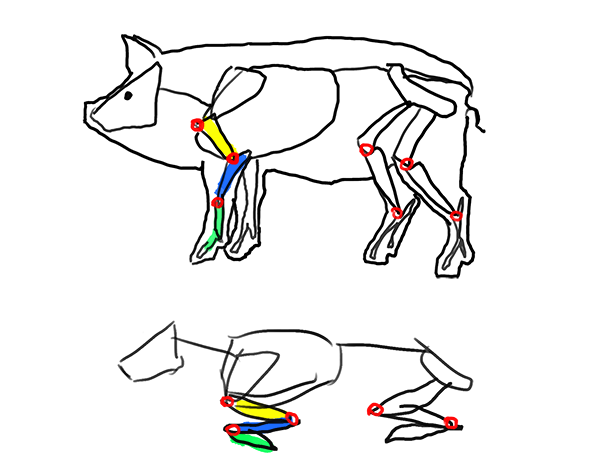 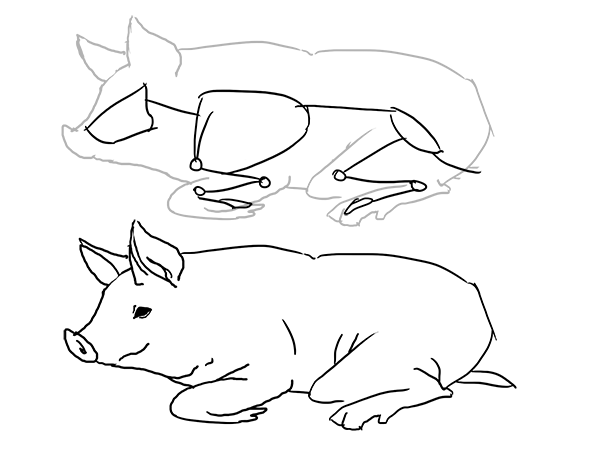 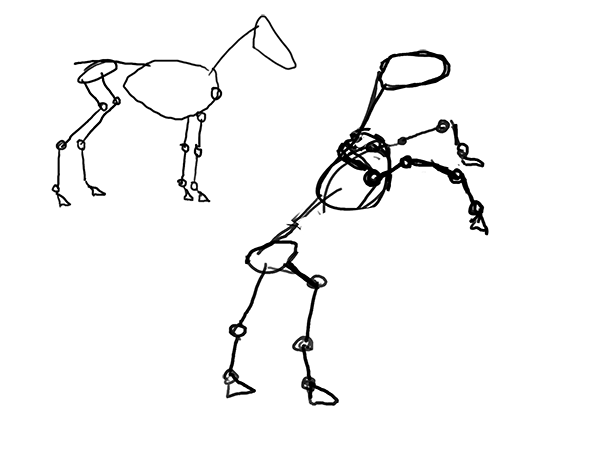 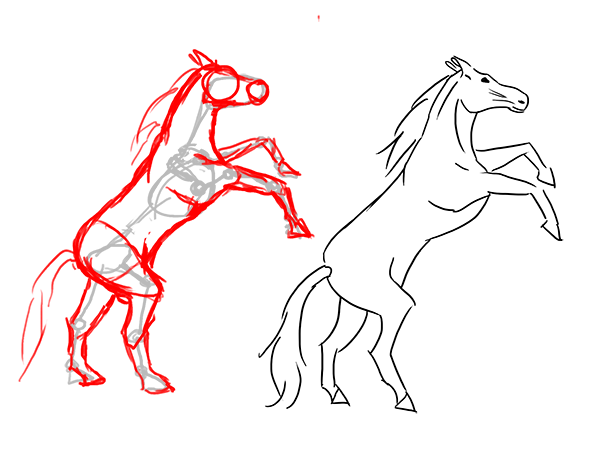 As I've mentioned previously in this guide, a living animal is optimal because you get to see it in different angles. Drawing animals in different angles and perspectives creates a greater depth but you also increase your understanding of how Foreshortening works - things closer to you get bigger and things further away from you get smaller. As you can observe in the animation above the dog has a long snout. When he is looking forwards, his snout get's shortened - this happens because we cannot draw in 3D. So Foreshortening, angles and perspectives can be very useful when drawing animals.

I also mentioned that not everyone has the luxury of owning a pet and that is fine. Luckily you can get many pictures of animals in many different perspectives. Pixabay and pexels are great websites to find free images, but you can also view our own share of stock photos (though it's in swedish). I've also compiled a thread with royalty free resources here (in english) 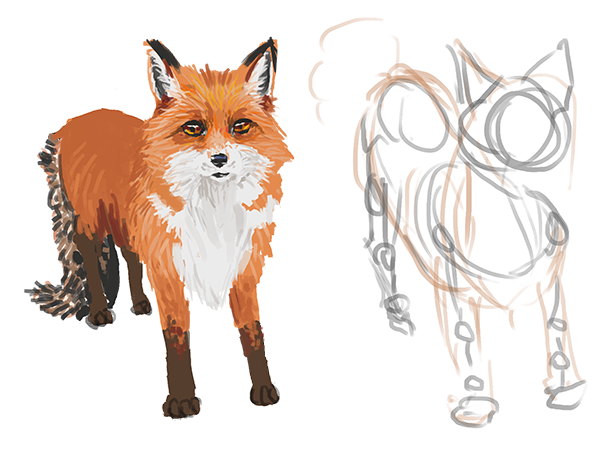 The fox is standing from a slight angle, it makes the part of it's back and tail visible 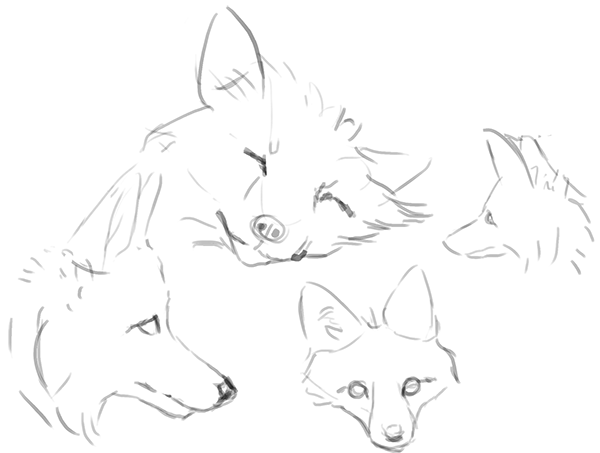 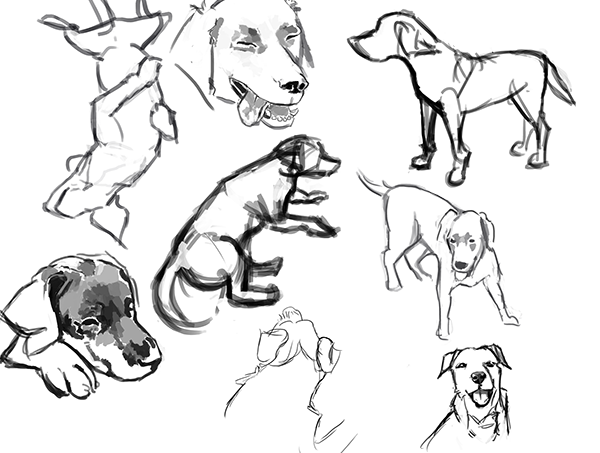 Now when you've drawn some animals you might want to color and shadow them! But how do you do that?

Depending on how much/long fur and how muscular an animal is, how you chose to focus your details might vary. Horses and some dog breeds have a very defined muscular build so you have to keep in mind to shade alongside its bulging muscles. If you've missed our guide: "Learn how to shade" it can be found by clicking this link.

Two examples of how muscles affect the animals body

Labradors have generally short fur so their muscles are very appearent. The shining fur also enhances shadows and the shine, it makes it more obvious

Horses have very defined muscles in their face

Many animals doesn't have visible muscles - cats, squirrels, rabbits - to name a few. They simply have too thick or too fluffy coats. Instead of muscles you have to keep in mind of how fur follows the bodys shapes. Let's look at an example of two balls 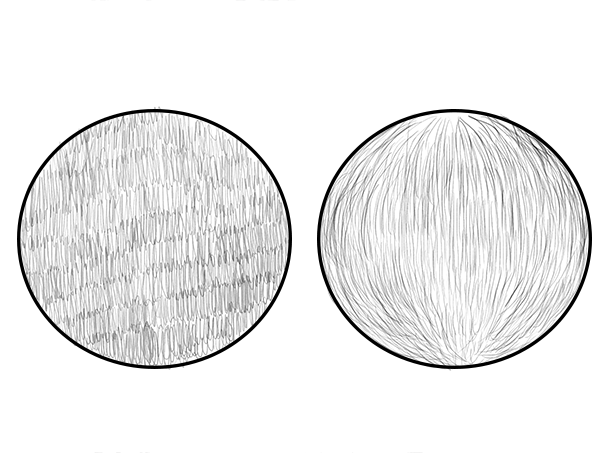 Which one of these balls have more depth?

The answer is pretty obvious. The right one. But how come?

Both balls are colored by consistent lines but what makes the right have more depth? The difference is in how the lines are bent - the right balls coloring has lines that follows alongside its curve and soft shape. This technique is useful in general to create depth in anything but it is especially useful when you focus on drawing animal fur. 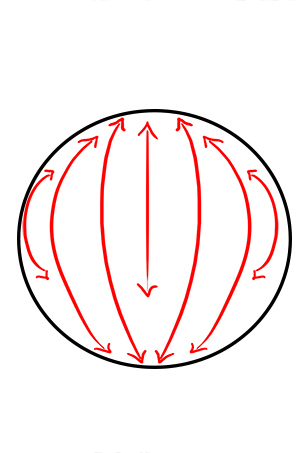 Arrows demostrating the curvature of the ball 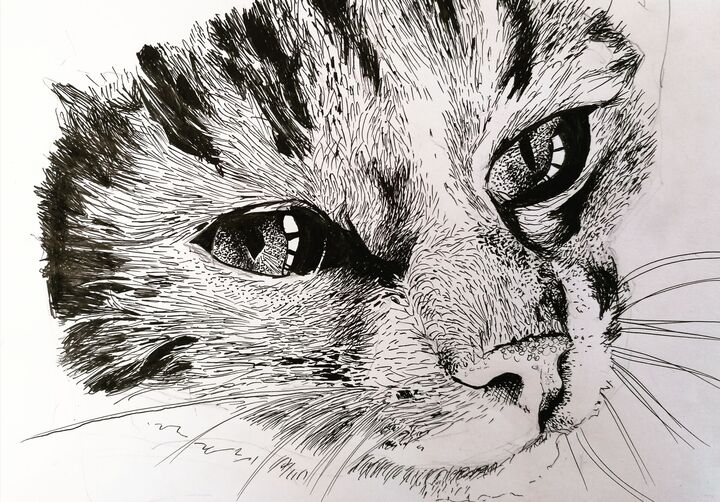 It's also worth noting that the less room between every line, the darker the fur gets. This is a great way of Shading when using this particular technique. It's also worth noting that the longer the lines, the longer the fur. On this picture of a dachshund below you can see the dotts on its snout. Since the fur isn't very long there, just making dotts helps illustrate the short strands of fur. 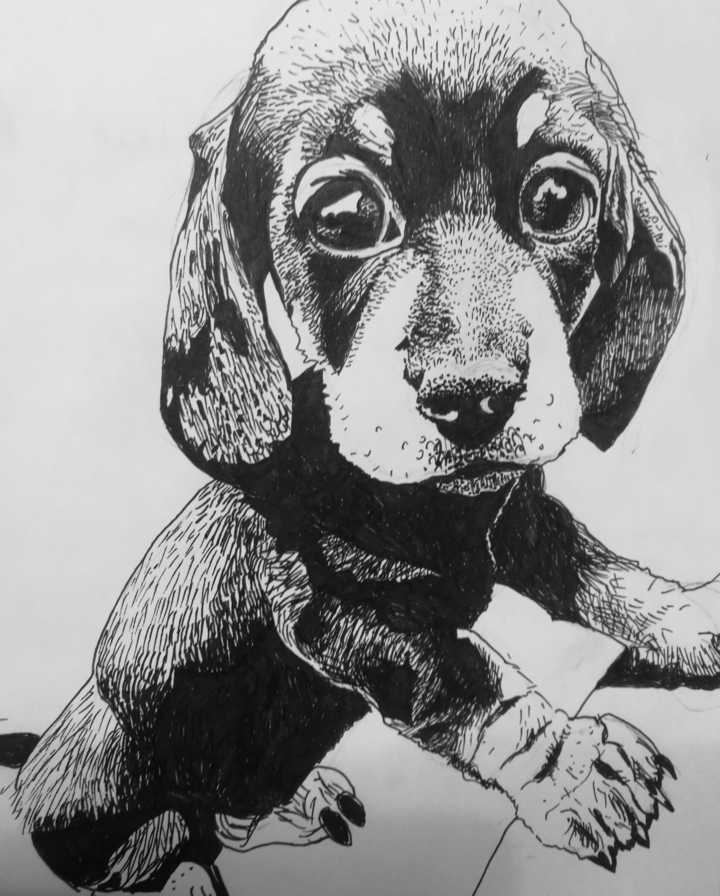 I hope you had any use of my tutorial! All pictures are made by me. If there is anything I've missed regarding drawing animals, please let me know in the comments below and I will be sure to add it.

This is an incredibly good tutorial. You manage to cover a very large subject in few words thanks to all the example drawings. 👍🏻

#1: Thank you it makes me happy that you like it, I spent many weeks on it :)

Start your own community!

Get started in minutes. For free of course!